Fly Fishing in Wyoming can be done year round on the North Platte River. Within an hour or less drive from Casper or 30 minutes from Alcova, year round tailwater Fly Fishing awaits you.

Winter is our favorite season for wade fishing on the North Platte. Flows are low, most the weeds will have vanished, and the fish are piled up in the tail outs of deep runs. Temperatures are not as bad as people would think. Wyoming has a “dry cold” and when temps hit 30 degrees or more and the sun is shining, it is actually quite pleasant. Winter is also less windy than Spring which makes for easier casting when wade fishing. Our favorite Winter months on the Miracle Mile are late November and December when the amount of big lake run brown trout out of Pathfinder is at its peak. Late February is also the best time to catch more 20″ or bigger rainbows than you can count on the Upper Grey Reef Section. Why? We’re glad you asked! The upper 8 miles from Grey Reef to Lusby holds the best spawning habitat on the river. During February all the mature rainbows (the bigger fish) from the entire river migrate up into the upper 8 miles of river. They are not yet spawning at this time, but are definitely on the feed in preparation for the spawn to come. The combination of hungry fish and a huge density of really big fish makes February absolutely incredible!

If you want to hook 100 fish in a day, come float the North Platte with us anytime from March until June. In March, we primarily fish the Grey Reef section during its pre-spawn period. Like February, these fish are still feeding heavily and there is the highest number of mature 20″ or bigger fish in the upper 8 miles. The Grey Reef to Lusby section generally holds about 8,000 fish per mile. From March through June however, that number is probably more like 14,000 fish per mile (and a lot of those fish are big). Typically in late March the Wyoming Game and Fish conduct the annual flushing flows designed to clear the spawning areas of sediment. This flushing flow lasts for 5 days and flows will gradually increase overnight to a peak of about 3000CFS and by morning flows will return to typical winter/spring flows of 500CFS. Fishing during the flush is absolutely insane because so much food is dislodged that sends Grey Reef trout on an absolute feeding binge! After the 5 day flushing period, fish begin to actively spawn from April through most of May.

Summer Fly Fishing is best described as consistent. Typical summer flows are 2,000 CFS or higher depending on snow melt and demand for water downstream of Grey Reef Dam. June marks the post spawn period where the mature fish begin moving off the spawning beds and slowly disperse into the runs & spread across the entire river. Once July rolls around, the Upper Grey Reef section becomes very weedy and we begin to focus almost all our efforts on the portions of river from Government Bridge all the way to Casper. This is also the time of year, where we tend to fish a lot of dry flies and streamers out of the boat. Higher Summer flows tend to push fish towards the banks and fish tend to notice a dry fly. Fish on the banks also tend to be very grabby on a streamer. The lower river also has a lot more structure which tends to result in a higher brown trout population. If fishing a variety of different water & tactics is something you like, come see us in the Summer.

Fall Fly Fishing in Wyoming on the North Platte is great on about every stretch of the river. In September flows usually drop to 500CFS and the water is generally very clear.  During September and October is the brief window of opportunity to float the North Platte river below Casper. The numbers of fish are drastically lower than portions of the North Platte above Casper, but the fish are large and highly carnivorous. Since there is less fish, the water has to be both clear and low to make it worthwhile. Low water helps to concentrate the fish, and clear water never hurts. If you haven’t floated this stretch, you MUST try it. It’s a stretch you’ll never forget. In mid-October, browns begin to put on their fall colors and bad attitudes in preparation for the fall spawn. Similar to rainbows in the Spring, browns also migrate to the upper portion of the river to spawn which creates a high density of very large browns from October to November on Grey Reef. Brown trout on the Miracle Mile are historically late spawning fish. Generally, the browns on the Mile begin to show up in late October with the highest density of browns being in December. If you are looking for a brown trout of a lifetime, fall fly fishing on the North Platte is your best chance in the lower 48. 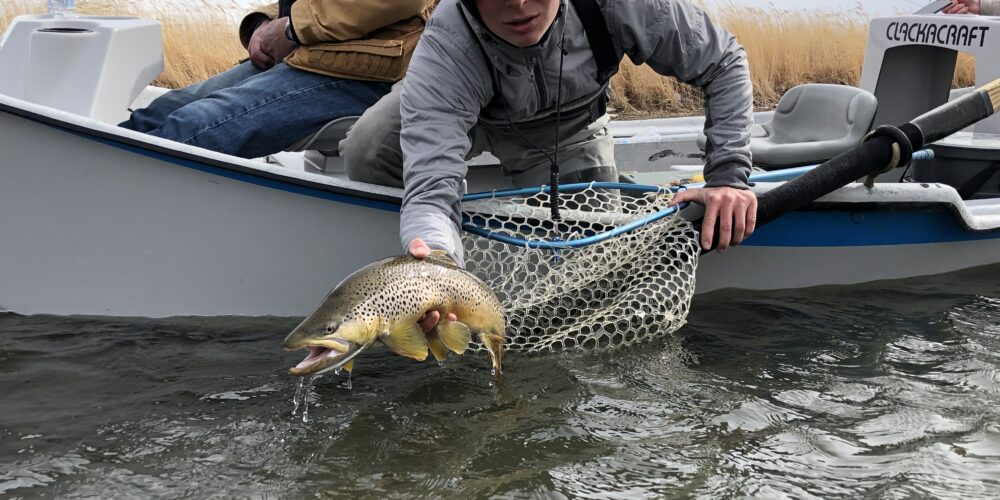 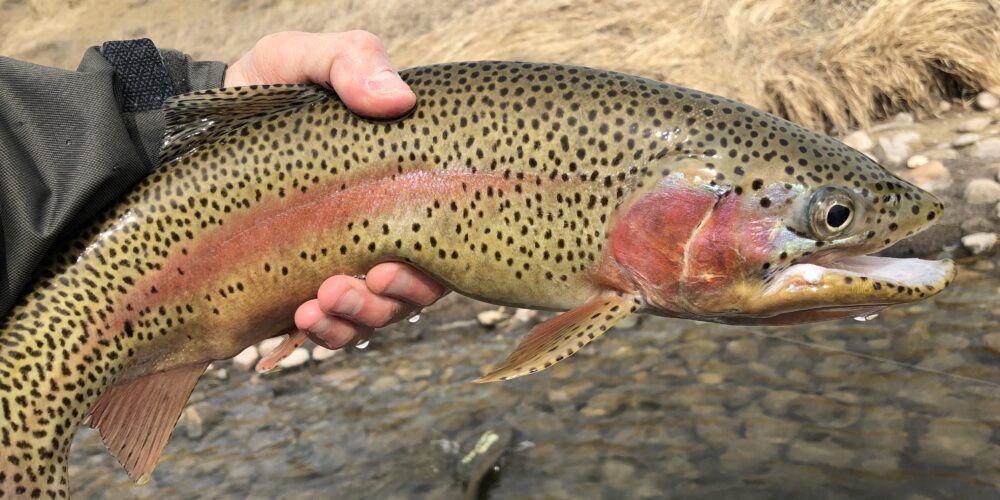 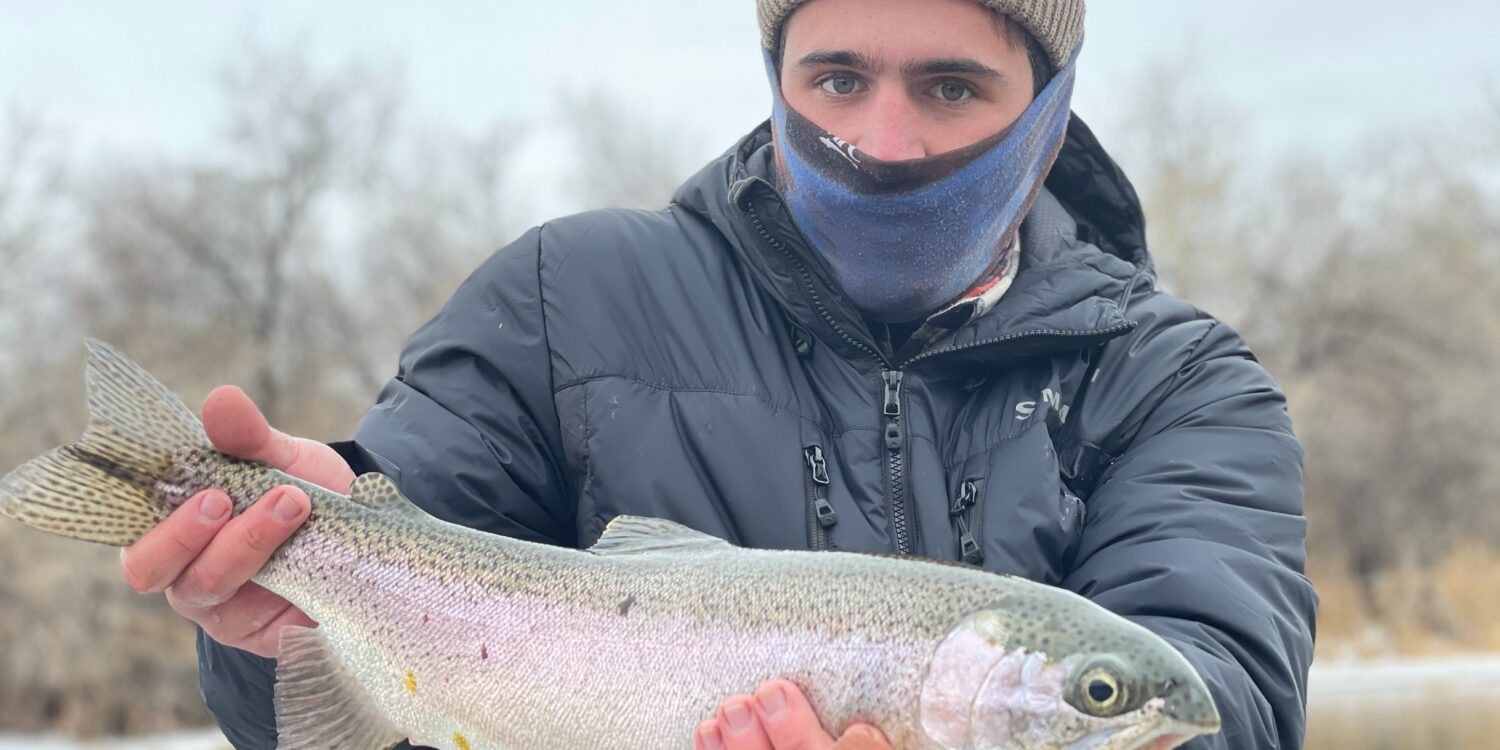 August 3rd 2018-The water temps are warm on the Upper North Platte River around the Saratoga area. This makes for a really early start with…
Read More
PageLines